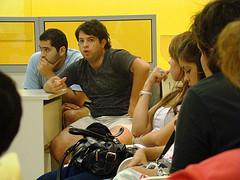 In analyzing the political situation in the former Soviet Union (hereafter, I will speak specifically about Kazakhstan, though, with certainty, with some nuances, it can be extended to other former Soviet Republic), one can not help noticing the numerous deviations from the classical theories that describe certain events in history, and in some areas can even confidently say to contradict them. In particular, being a convinced Marxist, I'm always trying to explain certain phenomena in the political and economic life with class position. However, despite the existence of classes of exploiters and exploited, with the astronomical difference in their incomes, as well as a large underclass layer elements in the form of huge numbers of people permanently losing their jobs and open the homeless, in society there are no signs of class struggle, and some of its outbreaks are not widespread and systematic. Do ideologues 19-20 centuries, preached the inevitability of the antagonistic contradictions between capital and labor were wrong, and ushering in a particular stage of development at which "And the wolves are fed and the sheep are safe," even though a clear "gluttony" of wolves and the apparent "extinction" sheep "with a smile" is available. In my opinion, the reasons are as follows. The post-Soviet identity is unique in history. Examples where communities, the transition from public to private mode of production, has not been (except, perhaps, the processes of transition from primitive society, but then were completely different scale). Now no one can predict the result of any action, a man seeks to survive, any action can lead to negative results, and therefore such a stillness, save at least what you have, that is beggar's dole, their "separate room" in a sewage well for the homeless, a slave, but still somehow paid work, etc.