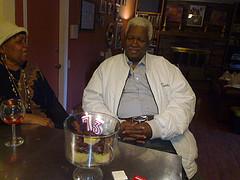 Recently watched a scene in the clinic. People, as usual, to all physicians – the crowd in the hall overcrowded. Most of the sufferers, of course, are grandmothers, with lively and shocking details and discuss their other people's sores. And despite the enthusiasm of medical subject, Grandma is strictly monitored to ensure that any attacker can not penetrate to the doctor without waiting. And then suddenly the nurse's office leads to his arm half-blind, barely creeping war veteran, clearly has celebrated its 90th anniversary, and wishes to spend his top priority. But watchful grandmother raised a ruckus in protest, the old man surrounded by all the articles and the most nimble of them, whose actually turn was next, otpihnuv Granddaddy, still came into the office first. Others grandmother continued resentment and loudly informed the audience about his troubles and illnesses, regardless of who they are, nevertheless sit in the queue and 'climb cheeky' popered all. Granddaddy at first tried to make excuses, but then just sat and said nothing effaced. And then something happened that I think much raised him, it would seem, finally collapsed self-esteem, in fact, give him a few years of life. After a while, the very nimble old woman comes out of his office, he sees still sitting in the queue old man shakes his triumphant volosenkami and Granddaddy burning piercing eyes, throws him: 'stallion! " Then removed with head held high.